THE CLUB
Crediton Fly Fishing Club is a friendly, informal West Country fly fishing club that has steadily expanded its activities and the rivers it fishes on since it's establishment in the mid 1960s.


INTRODUCTORY RIVER WALKS
Each year in we provide early season river walks for new and prospective members, to give them an insight into the nature of the rivers, how to fish them, what flies to use and access to the rivers. There are two walks: one for the rivers close to Crediton, and another for the 3 miles of the River Culm which we fish around Willand.

WINTER WORK PARTIES
Maintaining river and bankside habitats and access is an important part of the Club's activities. Members are encouraged to attend at least two of the ten bank clearing mornings from January to March. It's an opportunity to get some pre-season exercise, meet other members and gain an intimate knowledge of the rivers. £10.00 vouchers to a maximum of £50.00 are issued for attendances beyond the first two. These can be redeemed against the next year's annual subscription.

FLY CASTING CLINIC
For the many years now, members have had access to a hugely popular all-day instruction event in early season, provided by Pete Tyjas and the Devon School of Fly Fishing.
In recent years it has been held at the Fox and Hounds Hotel, Eggesford, with some of the best fly fishing instructors in the UK covering subjects such as fly casting techniques, river craft, latest tackle and tactics for various game species in a wide range of disciplines.

FISHING TRIPS
These have included a regular pre-season trip to Blakewell Fishery near Barnstaple, North Devon, and fly fishing for bass along the West Country coast during the summer.

SOCIAL EVENTS
These include an annual dinner and a summer picnic, as well as the yearly round-up of issues, news and club business at our AGM which is held in November. 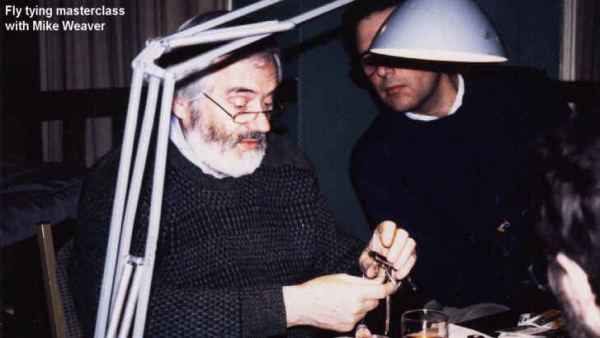 FLY SWAP
During the close season, the club usually organises fly tying evenings culminating in a fly-swap for its members to help them pass the time in eager and expectant anticipation of March 15th.


LINKS WITH OTHER ORGANISATIONS
The conservation and improvement of wild brown trout, sea trout and salmon populations and accompanying habitats is a priority for the club. We do not stock with farmed fry, and we have participated in a number of regional and national initiatives.

HEALTH AND SAFETY GUIDELINES
We take the health and safety of our members and visitors very seriously. Please ensure you are familiar with our guidelines published HERE